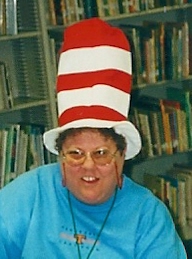 Born on September 24th, 1948 in Chenoa, IL, she was the daughter of the late Elmer Walter and Dorothy (Barber) Harms.

Mary graduated from Illinois State University and then received her Master’s Degree in Library Science from the University of Tennessee. She enjoyed the next 35 years working as a school librarian and spent 20 years employed by the United States Department of Defense in their overseas schools program. Mary brought many technological innovations to the schools at which she worked and she retired in 2000 from the Kenosha Unified School District. She was a member of the American Library Association and was a strong proponent of unions.

On August 25, 1979, in Heidelberg, Germany, she and her beloved partner Betty Hyde began their life together. They moved to Racine in 1994. Together Mary and Betty enjoyed traveling, going all around Europe and hitting almost all 50 states. Mary loved to cook and was a big supporter of Women’s Basketball. She also had a special place in her heart for the Chicago Cubs.

Mary had the wonderful ability to see both sides of an issue, and she had a fervent sense of justice and fairness even as a young child.

Mary is lovingly survived by her spouse of almost 34 years Betty Hyde, her sister Ginger (Calvin) Stuckemeyer, her two brothers, Stephen (JoAnn) Harms and Lynden (Cheryl) Harms as well as her aunt Selma Bactold. She is further survived by her nephew Craig Stuckemeyer, her niece Karen (Michael Kirby) Stuckemeyer,  and grandnieces Katie and Kristen Kirby. Mary is additionally survived by the nephews of her heart Jason and Nathan Gehring; her second family in Montana,  Barbara and Buzz Bortis and Pam and Jane Carmichael; her soul sister Luan Wells and by dear friends too numerous to count.

Betty and the family wish to thank the staff at the Cancer Center and the staff on the Cancer Ward for their compassionate care of Mary. Special thanks goes to Dr. Ryan Engel for his expertise and kindness.

In lieu of flowers, memorials in Mary’s name to your favorite local charity would be appreciated.