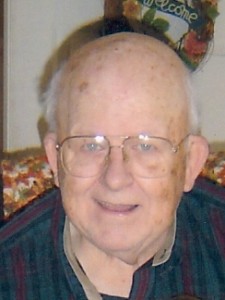 He was born to the late Leum and Florence Nyland on January 16, 1935 in Kenosha Wisconsin. He attended St. Thomas Elementary, St. Mary Catholic School and Mary D. Bradford High School.

The day after high school graduation, he went to work at Ladish/Tri-Clover, now known as Alfa Laval Company in Kenosha. He started working as an accountant and gradually worked his way up to the Sales Department in the office. He was active in the Office Union as an officer for many years. Lynn worked there for 45 years, retiring in June of 1998.

On August 25, 2001 Lynn married his childhood sweetheart Judy Bullamore at St. Mary Catholic Church in Kenosha where they are members.

Lynn is survived by his wife Judy; his daughter Christine (Don) Fox; his grandchildren Christopher (Mandy) Fox and Michele (Rob) Faust and his great grandchildren Mayson, Chase and Gracy Fox, and Jaxon, Peyton and Ryleigh Faust. He is also survived by his former wife Carol (Tony) Seiberlich.

Also surviving are his sister Sue Egeness and a niece Tracy Egeness of California and a nephew Christopher Egeness of Wisconsin. Lynn is further survived by his adopted son Jeffery Nyland of Florida and his step sons, Kevin Bullamore, Tom Cummings and John Cummings, plus other relatives and friends.

In accordance with Lynn’s wishes, a Private Mass of Christian Burial will be celebrated with burial to follow at All Saints Catholic Cemetery.