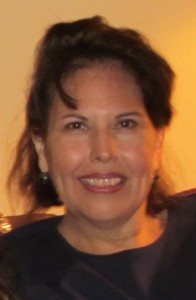 Jacqueline Marie ‘Jackie’ Rashleger, age 53, of Anchorage, AK and formerly of Phoenix, AZ passed away peacefully at her home on January 26, 2012 following a long courageous battle with cancer. Jacqueline, affectionately known as ‘Jackie’ was born in Racine on December 2, 1958 to George ‘Jack’ Rashleger and Lavina ‘Wani’ Hamilton.

Jackie was a 1977 graduate of Walden High School in Racine, a 1989 graduate of Alaska Pacific University in Anchorage with Deans List Honors and a BA in Human Resource Mgt. Additionally, she was a graduate of the University of New Mexico School of Law in 1993 where she received her Juris Doctorate (law degree) in Federal Indian Law. There she had been awarded the Deans and Faculty Award. As a student, she drafted a bill which passed the New Mexico state Legislature providing funds to open a Southwest Indian Law Clinic, which is still active.After receiving her law degree, Jackie moved to Phoenix, AZ where she resided until her early retirement due to health issues. She held various law positions, co-owned and operated a construction business, and was past president of the 13th Regional Corporation in Seattle, WA. She moved to Anchorage to be with family in July, 2011.

Jackie will be fondly remembered by many people whom she touched with her “heart of gold”. She loved Alaska native culture and was involved in native organizations which help people. Jackie was a very talented and artistic person. She loved “road trips” and enjoyed traveling abroad with her sister. She also enjoyed many fishing trips with her son in Alaska.

In keeping with Jackie’s wishes, cremation has taken place. Services were conducted on January 29, 2012 in Anchorage. A private family memorial will be held in Racine to reflect on the life and memory of Jackie.

Those wishing to remember Jackie in a special way may direct memorials to the American Cancer Society.