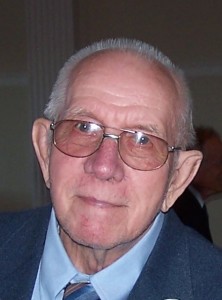 RACINE – Age 90, of Racine, passed away on Monday January12, 2015 at his residence surrounded by his family.

He worked for Appleton Electric for 33 years before retiring in March of 1987.  They then moved to the north woods of Wisconsin.  In the 1960’s Lloyd operated Lloyd’s Towing and Snowplowing.

Lloyd and Janice enjoyed doing wood crafts and going to craft fairs during their retirement.  They also enjoyed traveling and the many vacations they took with family and friends.

Lloyd was preceded in death by an infant daughter, his brothers Roland (Gladys), Harvey (Marge), and Harold, his son-in-law Eric Urban, his grandson-in-law Michael Hennegan and his in-laws Carl (Mary) and Claire Whiting.

A memorial service will be held on January 24 at 11:00 AM at Holy Cross Lutheran Church, 3350 Lathrop Avenue, Racine.  Relatives and friends may visit with the family at the church from 10:00 AM until the time of service.  Interment will take place at Brookside Cemetery in Brookside, WI at a later date.

Special thanks to Wheaton Franciscan Hospice nurses and aides that cared for Lloyd with loving and compassionate care.