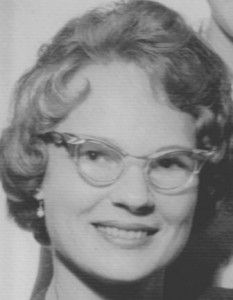 She was born February 3, 1932 in Caledonia, Wisconsin, the daughter of late Frank and Helen (Burke) Strasser. She was the youngest of 8 children.

On May 20, 1950, Lil married Marv Dienberg, her best friend for life. Lil was first a dedicated wife and mother who also worked as a clerk for many years and retired from Kohls Food Stores.

She was preceded in death by her parents, her brothers, Leo, Orland, Eugene and Frank, her sister, Francis Robinson, and husband, Marvin.