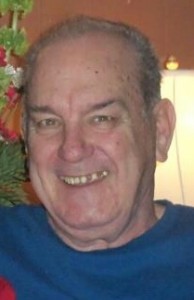 Leslie was born November 13, 1939 in Ronco PA to James J. and Virginia (Smalley) Bowen. He was educated in the schools of Pennsylvania and then honorably served his country in the United States Army. On May 8, 1962, he married Roberta Ager in Racine WI.

Leslie worked as a coal miner in Pennsylvania for ten years before taking a medical retirement. He and Roberta moved to Wisconsin in 1986. Leslie enjoyed playing dart ball in a league for many years. He was a big fan of Nascar and enjoyed watching football.

Leslie is survived by his wife Roberta of Kenosha, his son Spencer Rogers of Kenosha, his daughters Celeste (Thurman) Wines of Kokomo Indiana and Dawn Scott of Kenosha, as well as eight grandchildren; Alesia, Mercy, Tabitha, Stacey, Cassy, Samantha, Katie and Zachery and12 great-grandchildren. He is further survived by two brothers; George (Carol) Bowen of New Jersey and James (Judy) Bowen of Friendship-Adams Wisconsin and one sister Myrtle Arnold of Bay Town Texas.

Leslie was preceded in death by his parents and by a son Leslie Bowen, Jr. in 2002.

In lieu of flowers, donations to the American Cancer Society would be appreciated.