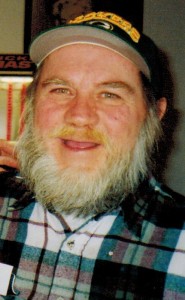 Kelly J. Watring, 70 of Kenosha passed away peacefully on Thursday, Jan 1, 2015, he was the son of Burton Watring Sr. and Virginia (Riffel) Watring .  Kelly attended local schools and worked in the sheet metal industry and in later years was the best dog-sitter to be found.

Kelly will be especially remembered for his love of animals, nature and the outdoors.  He enjoyed time at his trailer ‘Up North’ on the Wisconsin River, fishing and antiquing.   Kelly was a great story teller and would reminisce of hitchhiking to The Woodstock Festival of 1969 and seeing Buddy Holly and the Big Bopper at The Eagles Club in Kenosha.  His fascination with antiques and searching rummage sales for a diamond in the rough went had and hand with his interest in muscle cars and vintage cars shows.

Kelly will be fondly remembered by his entire family including brothers Roy, Daniel, Robert, Sister Anna May, many nieces and nephews, as well as the multitude of friends he leaves behind.

Along with his parents, Kelly was preceded in death by his brother Burton Jr., sisters Marjorie and Sharon and his faithful dog, Maggie.

Funeral services will be held on Saturday January 10th 2015 at 11:00AM at St. Mark Catholic Church in Kenosha. Visitation with the family will be on Saturday at the church from 9:30AM until the time of service. Burial will take place at a later date.