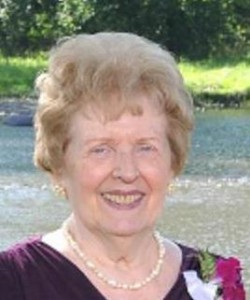 Kathleen was born on October 8th 1935 in Kenosha WI to the late Bernard and Edna (Grasser) Tennessen. She was educated in the schools of Kenosha. On March 3rd 1962 she married Emil Kreger Jr. though they later divorced in 1992. She was employed at the College of Lake County as an executive administrative assistant until her retirement.

While at CLC, Kay enjoyed being involved with organizing the foundation’s fundraising events.  Since retiring Kathleen enjoyed attending fine arts events, volunteer work at the Fremont Library, playing cards within her Saddlebrook Farms community and spending time with her family.  In her spare time she was an avid Scrabble player, Packer fan, and enjoyed doing puzzles, cross stitch sewing, reading mystery novels and collecting Precious Moments.

Kathleen was preceded in death by her parents and two sisters Lois Herr and Mary Ann Kreger.

The family would like to thank the Advocate Condell doctors and staff for all their care and compassion.  She will be sadly missed by all.

A mass of Christian Burial will be celebrated on Wednesday December 23rd 2015 at 2:00PM at St. Marks Catholic Church in Kenosha. (7117-14th Avenue) Visitation with the family will be on Wednesday at the church from 12:30PM until the time of mass.

In lieu of flowers, memorials to either St. Mark Catholic Church, CLC Foundation, or to the American Cancer Society would be appreciated.