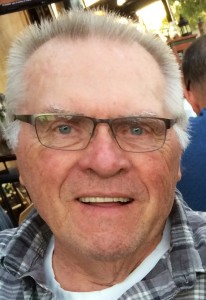 John was born in St. Paul Minnesota on November 23, 1931. He was one of three children born to Leo and Laura (Waibel) Riordan. He graduated from Mary D. Bradford High School in 1950. From 1951 until 1955, John was in the U.S. Navy, having served overseas on the USS Salisbury Sound.

He was preceded in death by his parents, his sister Kathleen Carlson, and by his stepson Eric Laitinen.

A funeral service for John will be held on Saturday December 16, 2017 at Kemper Center’s Founders Hall (6501 3rd Avenue) at 11:00AM. Visitation with the family will take place in Founders Hall from 9:30AM until the time of the service. Committal will be at Southern Wisconsin Veterans Memorial Cemetery at a later date.