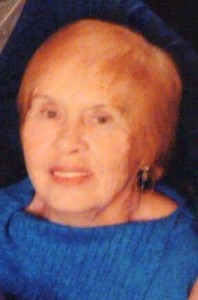 Geri was born September 14th 1944 in Kenosha to the late Bernard and Margaret (Beyer) McAleer. She was educated in the schools of Kenosha, graduated from St. Joseph High School and graduated from Milton College with a Nursing degree. Geri was employed as the Director of Nursing at Brookside Care Center then for a time at Claridge and eventually returning to Brookside where she would retire from. She was also employed at St. Joseph Home for the Aged. Geri was a member of St. Elizabeth Catholic Church. She was an active volunteer at Southport Lighthouse and with Womens Horizons. She enjoyed reading, crocheting and camping with her grandchildren. Geri also enjoyed spending time with her granddaughter Maggie shopping. Geraldine was a wonderful influence on her many nieces, nephews and friends.

A Mass of Christian Burial will be celebrated on Friday December 26th 2014 at 11:00AM at St. Elizabeth Catholic Church in Kenosha. (4816-7th Avenue) Visitation with the family will be on Friday at the church from 10:00AM until the time of mass. Burial will follow at All Saints Catholic Cemetery.

In lieu of flowers, memorial to either St. Elizabeth Catholic Church or the Brookside Care Center Endowment Fund would be appreciated.