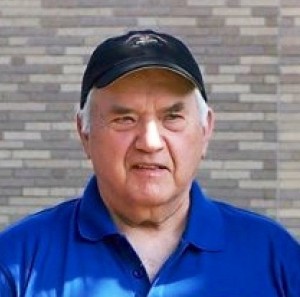 Gerald Wayne Tuttle was diagnosed with a glioblastoma on Monday, October 6, 2014 at St. Catherine’s.  He died from complications from the brain tumor on Sunday, December 14, 2014 at 6:15am at his home, 8956-43rd Avenue, Kenosha, WI where he resided with his daughter, Holly Tuttle.

Gerald was born on August 3, 1929 in Whitehall, IL while his parents (Kenosha residents) were on vacation visiting family.

He attended Kenosha public schools.  Received his ordination from Moody Bible Institute and pastored a church in Dayton, Ohio along with his wife, Stella (Kadis) during the 1950’s. Gerald most recently owned and operated Kiddie Kare A’Kademie, 9244-39th Avenue, Kenosha, WI which he built in 1991 and owned with his wife until he sold it to his daughter Holly Tuttle in 2011.  He previously owned Treasures Christian Book & Boutique, Kenosha, WI, which he ran with his wife Stella, son Terry and daughter-in-law Carla (Wyatt) from 1982-1994.  He owned and operated a fleet of 5 Mr. Softee trucks (Kenosha, WI) in the 1960’s and self-employed landscaping business.  He was an employee at Nash, AMC and J.I. Case (Racine, WI) until he retired in 1986.  Gerald enlisted in the Air Force when he was 18.  He served 3 years until he received an honorable discharge.  He was an active monthly supporter of St. Jude’s Children’s Hospital and the ASPCA.  He volunteered as a Pony League coach here in Kenosha, WI from 1982 to 1990.

He is survived by his daughters – Melody Bentz of Kapolei, HI and Holly Tuttle, owner of Kiddie Kare A’Kademie, of Kenosha.  He is also survived by his grandchildren – Justin Bentz of Kapolei, HI and Allison (Richard) Gilliland of Tulsa, OK and by his great grandchildren – Benson and Kadis Gilliland.  He is further survived by his sister – Dorothy (Yates) Christensen of Kenosha, WI, nephews – Doug (Joan) Stanich, Jeffrey (Martha) Stanich and nieces Judy (Robert) Strunk and Kathy (Tutlewski) DiCello and many other nieces, nephews and beloved friends.  He will also be missed by his pets Sissy, Calla, Dexter, Magnum and Whiskers.

His daughter Holly would like to express and Very Special “Thank You!” to their wonderful teaching staff at Kiddie Kare A’Kademie, Carrie Angelo, Al & Cory Arndt, Cyndi Block, Dayton Cheney, Scott & Brenda George, Brian & Beth Hackbarth, David & Paulette Hackbarth, Angel Hirsch , Antoinette Korbas, Becky Craft Lininger, Darryl Lueck, Deanna Matel, Pastor Dan & Alexia Remus, Beth Romero, George & Donna Schmidt, and other family and friends (you know who you are) for your amazing support through visits, emails, phone calls, texts and Prayers!!…. you will never know how much your love and friendship meant to my dad and me during this difficult time.

Burial will take place on Friday December 19th 2014 at 10:00AM at Greenridge Cemetery.