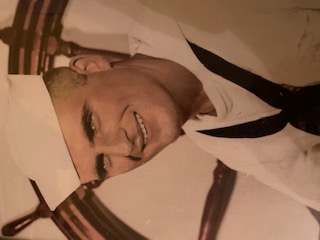 Gerald Dennis Riordan, age 82, of Kenosha passed away peacefully at his home surrounded by his loving family on December 26th.  He was born October 6th, 1939 in St. Paul, Minnesota to the late Leo and Laura (Weibel) Riordan.

Jerry attended St. Mark grade school and was a 1958 graduate of St. Mary High School where he played football and was the Senior Class President.

Jerry served in the United States Coast Guard Reserves from 1958-1964.  He was stationed at the Coast Guard Training Center Cape May, New Jersey. He attained the rank of Petty Officer E3 Firefighter Class 3 Port Security.

On October 5th, 1963 he married his high school sweetheart Marylou Capponi at St. Anthony Catholic Church, and they were blessed with 58 beautiful years together.

Jerry was a well-known Kenosha Restauranteur.  His family founded and operated Kenosha’s Dutch Maid Ice Cream Parlors where he worked and learned his restaurant skills. Later, he along with his uncle owned and operated Chat N’ Chew Drive-In which was a Kenosha “fun food stop” for many years.

While his children were growing up Jerry was active in CYO Coaching, Little League and Treasurer of the CYO Band where he chaperoned many CYO Band trips.  He was also a past Knights of Columbus member.

During his retirement Jerry spent many years fishing and relaxing at his trailer on the Chippewa Flowage in Northern Wisconsin.  There he made new friends and spent many hours on his boat catching “the big one”!  Jerry’s greatest joy was spending time with his wife, children and grandchildren fishing, playing cribbage and chatting about life.

Jerry is survived by his wife and children Rebecca (Christopher) Perillo, Stephanie (Tom) Williams, Paul (Jennifer) Riordan as well as his loving grandchildren Bryce, Mac, Braden, Eiley and Bella.  Jerry was preceded in death by his brother John Riordan and sister Kathleen Carlson.

Per Jerry’s wishes no services will be held.