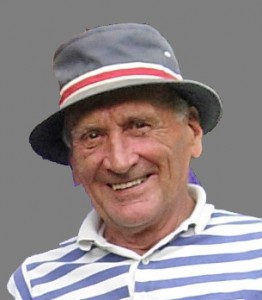 Gene Edward Halmo, 76 of Kenosha, Wisconsin and Lynn Haven, Florida, passed away on Friday, June 1, 2012 at Froedtert Hospital in Milwaukee of a sudden illness.

He was born on November 9, 1935 in Kenosha, son of the late Edward J. and Gertrude M (Schroeder) Halmo.

He was educated at St. George School, Kenosha High School, UW-Extension Kenosha, UW-Milwaukee, and was the first graduate of UW-Parkside in 1968.

Gene served in the US Army-Korean War 1954-1956 as a corporal, and was a member of the Pacific All-Army Golf Team.

He was employed by WPS and won many accolades for his salesmanship. In 1989 he formed his own corporation, HBP Group Health Insurance.

A natural athlete, Gene excelled in all competitive games. He starred on the Kenosha football varsity team, and Kenosha and UW-Extension golf teams. He boasted of his athletic prowess throughout his life. However, those achievements which can be confirmed include making All State running back in high school, winning the Wisconsin State Open Bowling Division Singles in 1968, being quarter-finalist in the Wis. State Am Golf Tournament in 1961, and achieving many hole-in-ones over his years on the golf course. In pursuit of the ultimate round of golf, he wintered in Florida, playing golf every day in the sunshine. He came close to that goal when he shot a 73 this January.

His fierce competitiveness was tempered by is love of fishing and tending his pond, shooting the breeze around a campfire and exercising a keen curiosity about the natural world.

He was preceded in death by his parents, brother Kenneth Halmo and sister, Kathy Halmo-Ray.