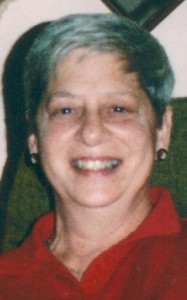 Charlene is survived by her husband Phillip, two sons Gary and Timothy (Kimberly M.) and one daughter Nina Teresa (Jeff) Wiegert all of Kenosha, seven grandchildren and one sister, Sr. Ann Josepha Lencioni of Milwaukee WI.

Char was born in Kenosha on March 4, 1935 to the late Domenic and Esther (Gioga) Lencioni. She graduated from St. Mary’s Catholic High School and on June 2, 1956 married Phillip Smith at St. Mary’s Catholic Church. Char had a great love for her family, always focusing on her husband, children and grandchildren.

As a member of Our Lady of Mt Carmel Catholic Church, Char found herself involved in various activities during the years her children attended the school. She also enjoyed traveling to casinos with her husband, loved shopping with her grandchildren, as well as finding treasures at rummage sales and antique stores.

Char will most be remembered for her wonderful sense of humor, colorful caring personality and radiating smile.

Char was preceded in death by her parents and one sister Norma Pellicori.

In lieu of flowers, memorials to the family would be appreciated with a charity to be designated at a later date.