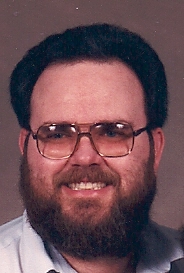 He came to WI to attend a friends wedding, saw the opportunity to create a good life in the Midwest, and decided to stay. He married Kimberly A. Jorgensen on July 19th, 1975 at Christ Church United Methodist in Racine WI. He worked for many years as a quality control inspector in the fabrication business. He was employed by Jensen Metals, Hubbell Industries, Butter Buds and RMS. He retired from JI Case Company in 1988.

He is survived by his wife Kimberly, one son David Fye; one daughter Jennifer (Brian Jarstad) Fye and two grandchildren; Amber and Cody Jarstad. He is also survived by four brothers; Bill Fye of New York, Jim (Frannie O?Quinn) of Florida, Kerri (Lee) Fye of New York, and Ron (Marty) Fye of New York. He is further survived by nieces and nephews, brother in law Robert P. (Kristine) Jorgensen and his best friend, dog, Hula.

He loved his children first and foremost. He loved the outdoors, and hunting with his best friend, Ted, and his father-in-law, Howard. When his son was old enough he would hunt and fish with Dad. Later, David joined Frank in role playing games and on-line games with a close circle of friends. He went thru Weblos, Cub Scouts and Boy Scouts, and Little League Baseball with his son David. He supported his daughter, Jenny, with furthering her education.

He was preceded in death by his parents.

Funeral services will be held on Wednesday December 28th, 2011 at 7:00PM at Holy Nativity Lutheran Church on the north side of Kenosha (2313-17th Avenue). Visitation with the family will be on Wednesday at the church from 5:00PM until the time of service. (If traveling from Racine, take Ohio to 23rd Street in Kenosha and turn left and go five blocks to church). Private burial will take place on Thursday December 29th, 2011 at West Lawn Memorial Park.

A special thank you to his ?angels? Rita, Tiwanna, and Juanita; Jenny, Connie and Terry from Hospice Alliance, as well as Dr. Gist, Christina, Michon, and Mary for their kind compassionate care. Special mention also goes to nephew and wife, Paul and Kelly Jorgensen, for their love and support while in Madison, and Clarion from UW Madison Transplant Clinic.