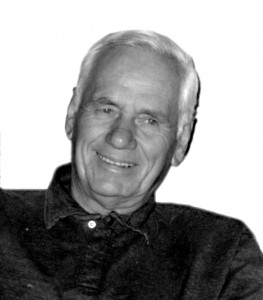 After a lifetime of good health, Frank James Carmichael Sr., 83, of Mesa, Arizona passed away at the Lund Family Hospice Home in Gilbert, Arizona on November 6, 2014. Diagnosed with cancer last December, he dealt with the disease, always maintaining a dignified perspective.

Frank, known as Jim by all of his friends, was born in Barrington, Illinois on March 23, 1931. Jim spent his entire work career with what is now WE Energies, a company he held in high regard. At the age of 57 Jim took an early retirement allowing himself the opportunity to pursue other interests on a year round basis, including his passion for golf. In retirement, Jim spent his winters in Florida and summers in Kenosha; a good share of it on golf courses where he carded not one, but two aces. Always active, Jim also enjoyed travel, tennis, bicycling and reading. Jim, an avid reader who frequently could be found with a book in his hand, often expressed praise for Kenosha’s Public Library system and considered it to be a strong asset in the community. Revered by his close friends and endeared by his family, Jim is survived by his wife Ruth, his brother John (Kathy) Carmichael, sons Ron (Dottie) Carmichael, Kurt Carmichael and Frank (Kimberley) Carmichael Jr., daughter in law Judy Carmichael, grandsons Nicholas (Allison) Carmichael, Brad (Maranda) Carmichael and Trevor Carmichael, granddaughter Brooke Carmichael and great grand children Carter, Mae, Josie and Ryder. Jim was preceded in death by his brother Donald and first wife Gloria.

A memorial service will be held on Sunday November 16th 2014 at 2:00PM in the chapel at Kemper Center. (north end of grounds) If in the event you are unable to attend the service, the family also invites you to a visitation and reception immediately following the service in Founders Hall from 3:00PM until 5:00PM. (south end of the grounds)

In lieu of flowers, donations may be made to either the Salvation Army, American Cancer Society or Safe Harbor Humane Society.