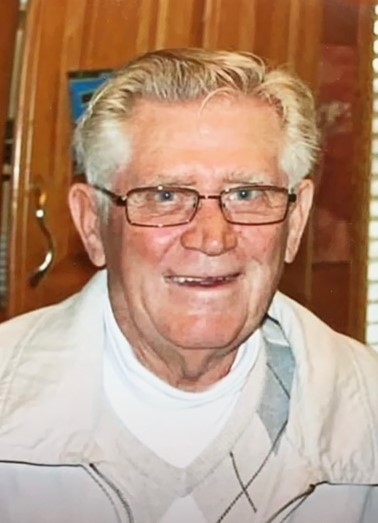 Eugene “Gene” Katt, 94, of Kenosha peacefully passed away Tuesday, September 21st, 2021, in the comfort of our family’s home.

Missing his high school graduation, he began his service in the U.S. Army Air Corps in the Philippines in March of 1944.

He studied education and mathematics at the University of Wisconsin.

Gene was a lifelong resident of Kenosha, where he owned and operated High Speed Service for 30 years.

He enjoyed life to the fullest. Golfing, bowling, flying, and playing cribbage, were just a few of his passions. He was so proud of his three hole in ones! Gene was a World War 2 Veteran, a loving husband, a caring father, brother, friend and beloved uncle to many nieces and nephews. He was a member of First presbyterian Church for many years.

He was preceded in death by his parents, his siblings: Bruce Katt, Bill Katt, Quentin Katt, Eddy Katt and Carol Harris, his wife Delores, and son Gregory D. Katt.

A memorial service will be held on Saturday October 2nd, 2021, at 11:00AM at the Kemper Center Founders Hall. Visitation with the family will be on Saturday in Founders Hall from 9:30AM until the time of services. Luncheon to follow.

Our family would like to thank the Aurora at Home Hospice team for the wonderful care they provided.