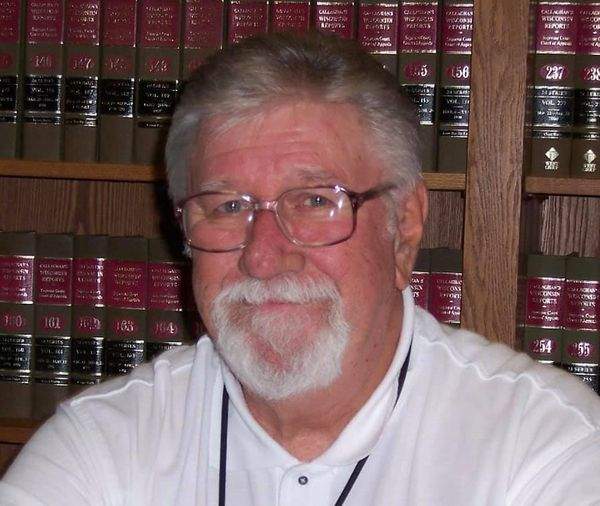 Edward A. Johnson, age 80, of Kenosha, passed away on Friday, April 16, 2021 at Hospice Alliance – Hospice House surrounded by his loving family. Ed (known to his family as “Butch”) was born on September 5, 1940 in Janesville to William Johnson and Jennie (Matera) Hanson. He was educated in the schools of Kenosha, but he attended and graduated his senior year, 1958, from Natalia High School in Natalia, TX. Edward was very patriotic and proudly served in the U.S. Navy from 1958 through 1961, on the U.S.S Forrestal. He held onto his Navy connections by attending many reunions and keeping in touch with many shipmates. He also was a member of the Navy Club – Ship 40 and was humbled to be an attendee on the Honor Flight (2014) through his former employer, Snap-On Tools. After retirement from Snap-On and Modine, he found his true calling as a bailiff, where he made many longtime friends.

Ed married Cheryl Fontaine at Trinity Lutheran Church in Kenosha on December 13, 1969. He was a longtime member of Mt. Zion Lutheran Church and his faith was very strong and guided him throughout his life. He was an avid reader and was a history buff. Ed especially enjoyed being an armchair contestant on Jeopardy. His favorite memories were of fishing trips and vacations spent in a cabin on the lake. Ed looked forward to his early morning “coffee with the guys”, but his greatest joy was his family, especially his grandchildren, to whom he will forever be lovingly remembered as “Grumps”. All who knew and loved Ed will miss his spirited storytelling, his ability to insert a well-timed joke, and his incessant whistling!

He was preceded in death by his parents, his step-father Henry Hanson, two brothers, Carl and Jeff Johnson, and a special nephew, Ryan D. Jozwiak.

A memorial service for Ed will be held at 11:00 A.M. on Thursday, April 22, 2021 at Mt. Zion Lutheran Church (5927 – 37th Avenue, Kenosha, WI 53142) with military honors to be held at 10:50 A.M. A visitation will be held on Thursday at the Church from 9:30 A.M. until the time of military honors. In lieu of flowers, memorials to Mt. Zion Lutheran Church or Hospice Alliance would be greatly appreciated.

Thoughts for Edward A. Johnson;