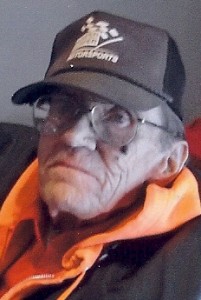 Donald was born on November 19, 1938 to the late Mr. and Mrs. Frank Proft. He was employed for many years as a truck driver for Modern Builders. He loved to hunt and garden and owned a hobby farm on which he enjoyed working. He especially enjoyed socializing with his friends at Sullivan’s “Country Club”.

Donald is survived by his sons Steven (Donna) Proft of Abbotsford WI, Scott (Sherrie) Proft of Kenosha and by one daughter Debbie Pena of Arizona and seven grandchildren Shane Pena, Jovahna Pena, Michael (Liz) Proft, Danielle (Jason) Treankler, Colton, Hunter and Wyatt Proft. He is further survived by three great grandchildren Nevaeh and Tegan Treankler and Zoey Pena. He is also survived by two brothers David Proft of Edgar WI, Phillip (Mara) Proft of Athens WI, a sister Lynette Neu of Kenosha and his former wife JoAnn Roehl with whom he remained close.

Donald was preceded in death by his parents, a sister in early childhood, and a grandson Nicholas Proft.