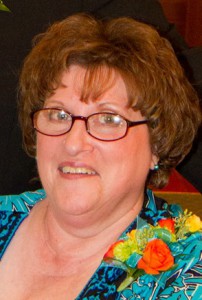 Born on May 22nd 1951 in Milwaukee WI she was the daughter of the late Joseph Lococo and Rita (Goral) Selerski.

She was educated in the catholic schools of Milwaukee. She also attended classes at MATC.

She was employed as a florist at Sentry in Oak Creek WI. Previous to that she was a dental hygienist for almost 10 years.

She was a member of St. Alphonsus Catholic Church in New Munster, WI.

She was preceded in death by her birth mother Rita Selerski; birth father Joe Lococo and step father Hank Selerski.

The family would like to express their heartfelt thanks to the entire staff of Grand Prairie Health and Rehab for their loving care of Deborah.