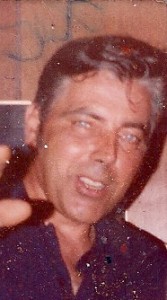 Antone was born on December 10, 1931 to the late Walter and Irene Piantek. He was self employed as a roofer and he was previously employed at AMC. In 1982 Antone married Kathleen Baker in Illinois. He was well liked with a good heart. He was proud of his kids and grandkids.

Antone was preceded in death by his parents, one brother and son Tony Piantek Jr.

Services will be private. Memorials to the family would be appreciated.