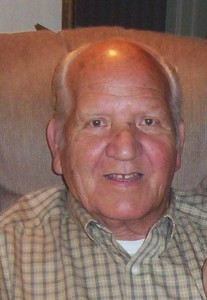 Dean was born May 22nd 1931 inKenosha to Delbert and Gladys (Harms) Mueller. He was educated in the schools ofKenosha and proudly served in the U.S. Army inGermany from 1952 until 1954.

On December 22, 1951 he was united in marriage with Marthella “Marty” Scoon at the First Congregational Church of Kenosha. He retired from Chrysler Motors after working 30 years as a parts manager.

Surviving Dean are his beloved wife Marty and his son  Stephen (Joan) Mueller of Kenosha as well as his grandchildren; Michael (Megan) Mueller, Thomas (Terri) Mueller, Adam Mueller, Aaron Mueller and Ellyn Mueller and his great grandchildren Eric, Mason and Mia. He is further survived by his sister Marlis Peterson ofRacine.

Dean was preceded in death by his parents and by his son Scott.

Funeral services with full military honors will be held on Thursday August 21st 2014 at 2:00PM at First Presbyterian Church in Kenosha. (1803-83rd Street) Visitation with the family will be on Thursday at the church from 12:00 noon until the time of services.

The family would like to offer their sincere thanks to the nursing staff of Hospitality Manor and to the St. Catherine’s Dialysis center for their care and consideration.