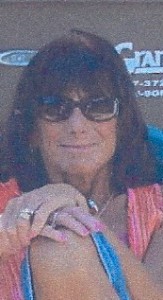 Born on April 24th 1962 in Elgin IL, she was the daughter of the late John Deihs and June Deihs.

She was employed for many years as a manger at a local tanning salon.

She married Shaun Shiffra in Kenosha.

Darlene fought several illnesses; although she never focused on herself as she was always concerned with others. She will be missed by her family and her many friends in the community.

She is survived by her husband and son Anthony; her mother June, her brothers David, Dennis and Donald Deihs.

She was preceded in death by her father.

A Mass of Christian Burial will be celebrated on Thursday May 2nd 2013 at 11:00AM at Our Lady of the Holy Rosary Catholic Church in Kenosha. (Corner of 22nd Avenue and 45th Street) Visitation with the family will be held on Thursday at the church from 9:00AM until the time of mass.