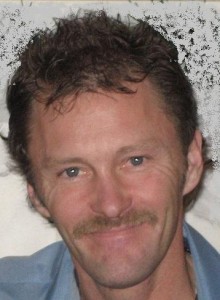 Daniel was born August 29, 1967 in Kenosha to Allen and Carol (Stockbrand) Callahan. He was educated in the schools of Kenosha and received his degree as a Certified Nursing Assistant from Gateway Technical College. Dan was a talented handyman and was a drywall taper by trade.  He enjoyed his music, fishing, hunting and spending time with his beloved daughters.

Dan was preceded in death by his father Allen, his brothers Patrick and Kevin and his grandparents.

Funeral services will be held on Tuesday April 8th 2014 at 6:00PM at Lord of Life Lutheran Church (5601-Washington Rd. or corner of HWY 142 and Green Bay Rd.)) Visitation with the family will be on Tuesday at the church from 4:00PM until the time of services. In lieu of flowers, memorials to the family would be appreciated.