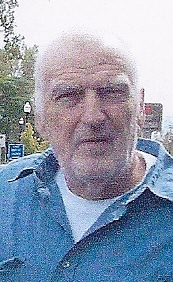 Chester was born November 10, 1932, to Frank and Julia (Straszewski) Lorenz in Kenosha Wisconsin. He was educated in the schools ofKenoshaand then served in the United States Army. On May 16, 1958 he married Joan Todzy inWaukeganIllinois.

Chesterworked at AMC/Chrysler and then at Outboard Marine Corporation from where he retired. In 1995, he founded Lorenz Excavating and Topsoil. It remains family owned and operated. Chester loved to fish, farm, and was an avid Packer fan. He loved gardening and took great pride in his yard. He also enjoyed taking on projects around the house.  He was well respected by those who knew him.

Chester is survived by his loving wife Joan, his sons, Jeffery Lorenz of Pleasant Prairie, Steven (Vicki) Lorenz of Paris WI and Bradley (Hollie) of Kenosha; a daughter Cynthia (Fred Zavodnik) Ingram of Caledonia, and his ten grandchildren, Kevin, Kelly, Brice, Zachary, Ava, Jacob, Nickolas and Hannah Lorenz, and Brittany and Austin Ingram. He is further survived by his brothers Frank (Ilene) Lorenz of Hazelhurst WI, and Stanley Lorenz of Webster SD and his sisters Helen Wetzel ofTomahawkWI,Frances(Tom) Koster of White Lake WI and Diane (Raymond) Arneson of Lutz FL.

Chester was preceded in death by his parents, one sister Stella Giles and his infant son Gary Lorenz.

In lieu of flowers, memorials would be appreciated.