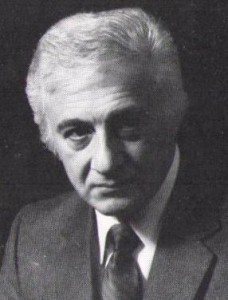 Charles was born in Kenosha on August 26th, 1928 to Ralph and Jenny (Cerminaro) Andreoli. He was united in marriage with Mary (Celebre) Andreoli at Holy Rosary Catholic Church on November 28th 1953.

Charles was a graduate of the Chicago Academy of Art and made his living as a designer, sculptor and artist. He was a member of St. James Catholic Church.

In addition to his loving wife Mary, Charles is survived by his sister Carmella Marino as well as many nieces and nephews and a large extended family.

Preceding Charles in death were his parents, his sister Marylyn Wendt and a brother in infancy.