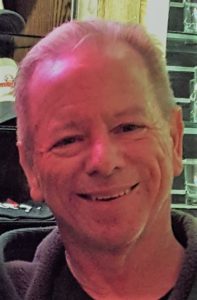 Brent Dominic Nudi, age 67, of Kenosha, passed away on Tuesday, January 5th, 2021 at Aurora Medical Center in Kenosha. He was a man who taught his children many values, including compassion, humility, and tenacity.  He will be truly missed.

Brent was born on May 9th, 1953, in Kenosha to the late Ralph Nudi and Marlene (Hagedorn) Nudi. In 1971, Brent married the late Jerelyn Nudi (Teschler), in Kenosha.  They had three children and were married for 23 years.  On Sept 15, 2007, Brent married Julie Humphrey in Lake Tahoe.

Brent was the owner, along with his father, of Nudi Suzuki & Isuzu, a local car dealership, from 1989 to 2004.  Brent subsequently operated “Brent D Realty” and worked as a Realtor and appraiser, until the time of his death. Brent was an avid bird watcher, animal lover and advocate, and gave to many local charities over the years.

During his life, Brent rescued countless animals and had nine cats at the time of his death. He enjoyed spending time with his children and grandchildren, loved hosting family events and took many family vacations through the years. He was a lover of music, which he enjoyed for many years at Summerfest with his wife, Julie. He also enjoyed taking road trips in his RV, including trips to Las Vegas on numerous occasions.

Per Brent’s wishes, the family will have a celebration of life on January 23rd, visitation at 1 PM followed by a luncheon at the Italian American Club.

Due to public health concerns and in compliance with CDC guidelines, social distancing will be maintained and those in attendance are required to wear a face covering until seated for the luncheon. Thank you for your understanding and cooperation during this difficult time.

In lieu of flowers, the family requests donations to be made to Kenosha Forgotten Friends:   www.kenoshaforgottenfriends.org