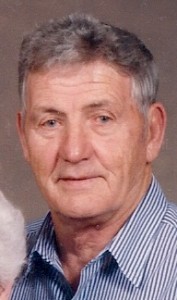 Born on December 17th 1922 he was the son of the late Prescott and Mary (Meyers) Pringle.

John came to Kenoshain 1951. On December 5th 1952 he married Edna Ruhle. He was employed for 25 years at American Motors.

He served in the US Army; and was a decorated veteran having received both the Silver Star and the Purple Heart.

He is survived by his wife Edna of Pleasant Prairie; and many nieces and nephews.

He was preceded in death by his parents and seven brothers and two sisters.

Cemetery services will be held on Friday May 2nd 2014 at 11:00AM at Southern WI Veterans Cemetery in Union Grove WI.

He will be missed by all who knew and loved him.