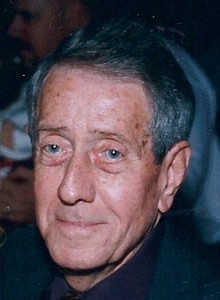 Winton R. Cassity, age 89 a resident of Kenosha, went home to be with his Savior peacefully while surrounded by his loving family on Friday April 12th 2013 at St. Catherine’s Medical Center.

Born on September 23rd 1923 in Reedsburg WI, he was the son of the late Robert N. and Ethel B. (Kelly) Cassity. He was educated in the schools of Winfield Township in Sauk County.

On October 7th 1942 he married Eula Long. She would precede him in death on February 14th 2003.  Winton lovingly cared for her during her long illness.

He was employed for almost 30 years at AMC. He was previously employed at Snap-on and also American Brass. He was a long time and very active member of Baptist Tabernacle. He served faithfully in maintaining the building and property, serving as a deacon, usher, kitchen volunteer and was involved in the nursing home ministry. He loved his family and spending time with them and had a great sense of humor even to his final days.  Winton took pride in his yard, was a good neighbor, willing to help anyone and ready to go out for coffee with the guys any time.  His hobbies included metal detecting, coin collecting and woodworking.

Funeral services will be held on Tuesday April 16th 2013 at 6:00PM at Baptist Tabernacle. (7951-36th Avenue) Visitation with the family will be on Tuesday at the church from 4:00PM until the time of services. Burial will take place on Wednesday April 17th 2013 at 12:30PM at Sunset Ridge Memorial Park.

In lieu of flowers memorials to the family would be appreciated with charities to be designated at a later date.