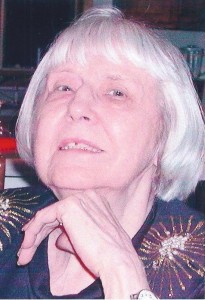 Virginia K. Kollman, age 85 a resident of Kenosha, died Wednesday May 9th 2012 at her residence surrounded by her loving family.

Born on August 29th 1926 in Paris WI she was the daughter of the late Frank and Katherine (Huber) Katutis.

She was educated in the schools of Kenosha county.

On May 30th 1950 she married Robert C. Kollman at St. Mary’s Catholic Church in Kenosha. He would precede her in death. She was a homemaker in her own home. She also worked at the Frost Company for a time, and also as the secretary for the Admiral at the Great Lakes Naval Base.

She was preceded in death by her parents, her husband one brother Paul Katutis and one half brother Ted Ott.

In lieu of flowers, memorials to the Multiple Sclerosis Society would be