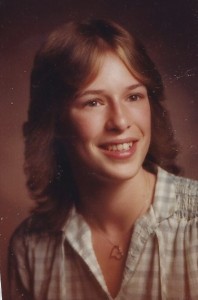 Suzanne M. Wrath-Wesling, age 56, of Schaumberg, IL passed away on December 3, 2018 at Alexian Brothers in Elk Grove Village, IL. Suzanne was born on September 28, 1962 to Richard and Carole (Morin) Wrath in Kenosha and graduated from Tremper High School in 1980. She worked at Walmart for 25 years doing many different jobs including in human resources. She was a member of Jobs Daughters when she was younger. Suzanne enjoyed sewing, pin, stamp and coin collecting and target shooting.

She was preceded in death by her father.

Suzanne is survived by her mother, Carole Wrath; four children, John McCormick, Josh Wesling, Blake Wesling, and Nick Wesling; her granddaughter, Ava McCormick; a brother, Rob Wrath as well as many aunts, uncles and cousins and many nieces, nephews and friends.