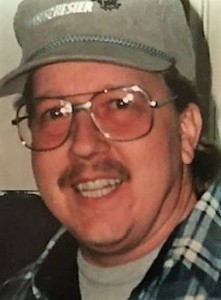 Steven R. Kubas, age 63, a resident of Paddock Lake WI, passed away with his family by his side on Tuesday, May 23, 2017 at St. Catherine’s Hospital in Pleasant Prairie.

Steven was born on July 14, 1953 to Albin and Helen (DeVold) Kubas in Ishpeming, Michigan. Steven attended Westosha Central High School. After high school in 1972 he served in the U.S. Army. During that time, he was stationed in Germany during the Vietnam war. On May 26, 1990, he was married to Tira C.Linstroth of Paddock Lake, WI.

After serving his country, Steven then joined his father at Skokie Valley Laundry in Skokie, IL working as a driver for many years. He also worked at Illinois Range, in Bristol, WI driving forklift which he enjoyed doing. Steven tried many different jobs throughout the years but more recently made his living as a CNA working for Grand Prairie in Pleasant Prairie, WI and for Oak Ridge in Union Grove, WI .

He loved fishing and being out on the boat and enjoying some sun. Steven’s favorite place to be was with his many aunts, uncles, and cousins out on the Dead River Basin in Ishpeming, Michigan. He was a self-taught guitar player and created his own music on the guitar and organ. Most recently, he could be seen riding his Rascal scooter all over Paddock Lake.

Steven was preceded in death by his parents Albin and Helen Kubas and by his two brothers, Gregory and Gary Kubas of Paddock Lake.

Private family services for Steven will be held at his gravesite, and a celebration of life will be held in Ishpeming, MI during the summer.