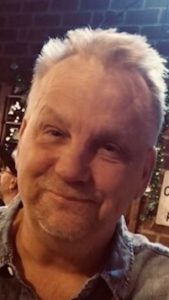 In loving memory of Spencer Shaw, age 59, of Silver Lake, WI, who passed away Wednesday June 26th, 2020 at Saint Catherine’s Hospital – Froedtert South due to health complications. Spencer was a loving father to his three sons: Spencer, Sam and Jake, who were the loves of his life. He is preceded in death by his parents, Beverly Dean “Bev” and Georgianna Shaw (née Krebs), his Father-in-law Lawrence “Larry” Jarvey, and his beloved dachshund, Salem. Along with his three boys, Spencer is survived by his brothers Greg (Maiko) Shaw and Dennis Shaw, Step-Mother Clarice Shaw, his fiancée Patricia Laverty and his many nieces, nephews, other relatives and friends.

Born in Gurnee, IL on July 9th, 1960, Spencer attended Warren High School where he was in the graduating class of 1980. Growing up, he gained a fondness for baseball, and he always remained a die-hard Cubs fan. In the later years of his life, Spencer faced many hurdles, and even with the burdens of daily stress and health complications, he never gave up on living his best life. You could often find him gallivanting around town with his love, Patricia, or snuggled up with his dachshund, Carlos. He and Patty were looking forward to getting married on July 16th, 2020 and continuing onto their honeymoon in Punta Cana.

Spencer was a hard-working, genuine soul who was always willing to help a person in need, whether it was by opening his home to his close friends and family, helping someone move their heavy belongings or lightening the mood when you needed it the most. You could always count on Spencer to pitch in when needed with no objections. He was the most loving and caring person you could have ever crossed paths with. While he may not have always been politically correct, he never failed to put a smile on your face. Even if you were the butt end of his joke, he always made sure to never end the laugh with hard feelings.

The impact Spencer has left on the ones he surrounded himself with is astounding. He was a one-of-a kind guy and is well-loved by many people near and far who will miss him immensely. Spencer’s presence will always be with us as he will forever hold an irreplaceable spot in our hearts.

Due to COVID-19, we are postponing any services and will be holding a Celebration of Life on September 19th, 2020 – time and location to be announced.