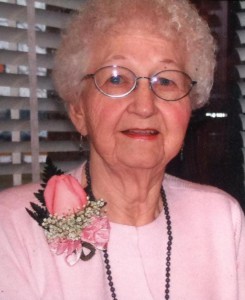 Shirley lived all of her life in Racine. She was a stay at home mother and housewife and she took on odd jobs at various times in her life. She enjoyed sewing, knitting, puzzles and travel. Her childrens’ homes are filled with the wonderful handcrafted items that she had made. Shirley and Otto loved to go camping up north and she enjoyed traveling to the Ozarks to see shows.

A memorial service will take place on Friday January 4, 2013 at 11:00 am, at the West Lawn Memorial Park Chapel located at 9000-Washington Avenue in Racine.