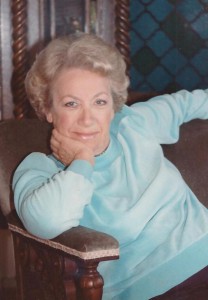 Ruth, of Kenosha, went to be with her beloved Jesus on Friday, January 11, 2013, surrounded by her loving family after a debilitating flu. Born October 12, 1920 in St Maries, Idaho, she was the daughter of the late Iver and Theresa Olson. She spent her early years in Lugerville of northern Wisconsin. She met and married the love of her life, James Petersen Jr. of Bristol. They made their home in Kenosha where James advanced to Personnel manager of Ladish TriClover Co. at the time of his death in 1975. They were married for almost 35 years. She was fortunate to be loved again and married to childhood friend, Albert Symonik, for eight years until he preceded her death. Many years later, Ruth found happiness one last time for 16 years when she met and married Milton E. Pfalzgraf, who preceded her in death in 2009. Ruth was preceded by her two sisters L. Katherine Symonik and Opal Borgen, and one great grandson, Andrew D. Petersen, preceded her by days.

Ruth volunteered at KMH for many years, and always had time to give to others less fortunate than she. She was involved with Concerned Hearts, S.P.I. bible study, and did charity work all her life when the situation needed her help. Ruth loved to dance, and traveled extensively, as well as never forgetting her roots. She cooked and served the homeless for years with her church family. She loved to participate in family gatherings, and was always ready to pitch in. Her long life has been a tribute to strength in the face of misfortune and being thankful for the little joys that came her way. She was much loved and will be sorely missed. She was a woman of honor. Shalom Mother.

A private burial service was held by the immediate family. A memorial service to celebrate her life will be held in the United Methodist Chapel on Saturday, February 2, 2013 at noon. Memorials may be made to Hospice Alliance of Kenosha.