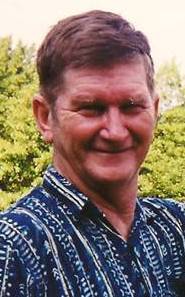 Robert Arthur Roberts, 72, a resident of Waukegan, IL, formerly of Bristow, OK died Tuesday, January 10, 2012, at Loyola University Medical Center in Chicago. He passed peacefully with his wife and daughter at his side. He was born on September 21, 1939 in Bristow, OK, the son of the late Lee and Nettie (James) Roberts. He was educated in Bristow and graduated from Bristow High School. He served in the US Navy for 20 years as Gunners Mate Gunner First Class. During that time he travelled the world and served in the Vietnam War. He received numerous medals. After retiring from the Navy, he returned to Waukegan. He married Marlene Lampi on June 9, 1962. They traveled for many years while serving in the Navy and were married for 50 years. He was involved in the VFW Lake County Council, VFW Post 1293 Commander, Chaplain 5th District VFW. He also enjoyed fishing. He is survived by his wife, Marlene of Waukegan, three daughters, Kathleen (Kurt) Elfers of Silver Lake, WI, Roberta Roberts of Waukegan, Lorinda Roberts of Waukegan, five grandchildren: David Elfers, Stephanie Roberts, Crystal Roberts, Nathaniel Rodriguez, Joseph Rodriguez, two great grandchildren, Ellianna Roberts, Tiffany Morales, and also by his sister Alice Strein of Bristow. He was preceded in death by his parents, brothers Otis and Floyd Roberts, sisters Jackie Purcell and Fern Alsbrook. Funeral services will be held Monday January 16, 2012, 11:00 AM at St. Paul’s Lutheran Church, 824 North Lewis Avenue, Waukegan, IL. Visitation will be Monday, January 16 at the church from 9:30 AM until the time of service. Burial will follow at Fort Sheridan Cemetery, Fort Sheridan, IL. In lieu of flowers, memorials would be appreciated.