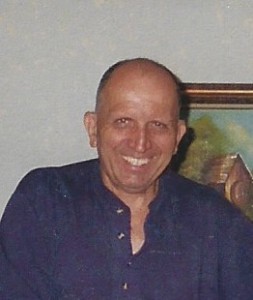 Robert P. Bruch, age 81, of Kenosha passed away on Thursday, December 6, 2018 at St. Luke’s Hospital. Robert was born on June 29, 1937 in Kenosha to Felix and Hazel (Sorensen) Bruch. He attended local area schools and graduated from Mary D. Bradford High School. He also attended and graduated from Carthage College. Robert served in the U.S. Army then the National Guard and was discharged in 1962. He worked for AMC/Chrysler for over 40 years until his retirement in 1998. Robert was a member of the U.A.W. Local 72, the Loyal Order of the Moose Lodge #286 and the Knights of Colombus. He enjoyed ham radio, computer games and golfing.

He was preceded in death by, his parents and two brothers, Richard and Raymond Bruch.

Robert is survived by, his niece, Kathy Haraway.

A Mass of Christian Burial for Robert will be held at 11:00 A.M. on Wednesday, December 12, 2018 at St. Peter’s Catholic Church (2224 – 30th Avenue) with interment to follow at St. George Cemetery. A visitation with the family will be held at the church on Wednesday from 10:00 A.M. until the time of Mass.