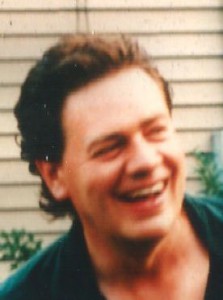 Richard was born in Kenosha on April 8, 1956 to the late Albert and Rosemary (Klein) Blazavier. He was educated in the schools of Kenosha and started work in his family’s Auto Body business when he was 14 years old, continuing his education at night.

On April 1, 1989, he was united in marriage with DarlaJean Anderson and they were blessed with two children. Richard served as a Boy Scout Leader at St. Peter’s Church and was a patient loving dad who took great pride in the educational achievements of his children.

Richard had a passion for his family business. He was an Auto Body Master who could handle anything from a dinged fender to a total vintage restoration. He had an artist’s eye and could match any color perfectly. Every customer became a friend because Richard treated people with such kindness and respect.

In his spare time, he loved to go antiquing with his wife and spend time with his family.

Left to treasure his memory are his loving wife DarlaJean, his son Bo and his daughter AddyRose. He is also survived by his four sisters; Jean Czarny, Rochelle Blazavier, Roxanne Blazavier and Jackie Janovicz. He is further survived by his nephews Michael, Brandon and Nick Czarny and Jake Janovicz. He will be sadly missed by his canine companion Vito Corleone.

Richard was preceded in death by his parents and by a sister Rosalind Blazavier.

In lieu of flowers, memorial donations to the family would be appreciated.