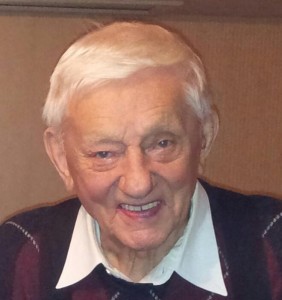 Raymond J. Sironen, age 79, passed away peacefully on December 25th, 2015 with the love and support of his wife and their family surrounding him.

He was born on February 11th, 1936 in Ewen, Michigan to the late Reino and Aileen (Franti) Sironen. Sixty one years ago, he was united in marriage with Doris (Pokela) Sironen who survives him.

Raymond worked for 45 years as a master carpenter, cabinet maker and fine craftsman. After his retirement, he continued to remodel homes and enjoyed crafting and going to flea markets with his wife.

Having been an athlete in his youth, Raymond really enjoyed attending the athletic events of his grand children and great grandchildren. The times Ray cherished the most though, were the times he spent with his beloved family.

Surviving Raymond is his loving wife Doris and their daughters Bonnie (Gino) Misurelli, Polly (Bob) Beasy, and Patty (Todd Huff) Welch. He is further survived by his granddaughters Heather (Brian Stuht) Beasy, Danielle (Brian) Herbrechtsmeier, and Dr. Sara (husband Shaun Hernandez) Misurelli and by his great grandchildren Olivia, Isabella, Austin, Paul and Joey as well as his sister Eleanor Soronen and many nieces and nephews.

He was preceded in death by his brother Jack Sironen.

In accordance with Raymond’s wishes, a private family memorial service will be held.

Raymond’s family would like to thank Dr. L. Montemurro and his staff for the wonderful care that he was given in his final days at St. Catherine’s Hospital, Grande Prairie and Brookside Rehabilitation Centers.