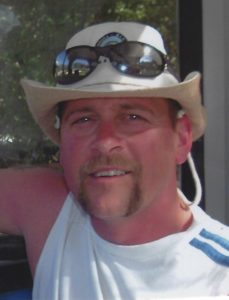 Paul M. Conwell, age 59, of Kenosha passed away on Friday, August 21, 2020 at his home with his loving wife by his side. Paul was born on October 9, 1960 in Zion, IL to John and Joanne (Bambrough) Conwell. He attended school in Kenosha and graduated from Gateway Technical College with a degree in drafting. On September 18th, 1982, he married the love of his life and soulmate, Bonnie Kiesner. Paul worked for many years in the hotel business and he started at Uline in 1995. While at Uline he was the company’s safety coordinator and heavy equipment trainer. He was an avid collector of knives. Paul enjoyed many activities including: bowling, dart leagues and especially pool league with his dad for many years, where he won the city league champion trophy. Paul and Bonnie loved to travel to tropical islands with family and friends. They also enjoyed camping in the Dells every year when their kids were little. Paul was an avid Bucks, Brewers and a die hard Packer fan. He attended many Packer games; threw many Packer parties and he even had a shrine to the Green and Gold. He enjoyed sharing his talent of cooking that he learned from his mother. Everyone loved his marinated tenderloin, stir fry and chicken noodle soup. When Paul’s health began to deteriorate, he was blessed with help from his wife, daughters, sisters-in-law and his bestie Annie. Paul was also blessed with Jamie, with not only his love and friendship, but he was also a skilled tradesman who helped Paul whenever it was needed.

He was preceded in death by, his parents; in-laws, Burt and Jean Rolloff; his sister, Dawn Conwell and two siblings in infancy, Milo and Roberta.