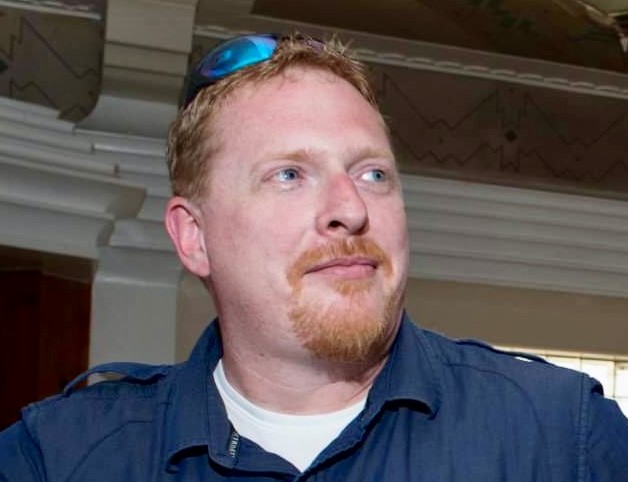 Michael A. Conhartowski, 49, of Kenosha WI, passed away peacefully on Monday March 8, 2021, surrounded by his close family, giving him support and love as he concluded his journey through life. Mike was born on December 4, 1971, to Arthur “Mick” and Jane (Schultz) Conhartowski.  He grew up on the north side of Kenosha with his two siblings Art and Donna. He was the oldest of the three, and with a gleam in his eyes & a silly grin he would tell you that is where he learned to be patient and tolerant of others. Mike attended KUSD schools as well as Gateway Technical College studying Business Finance. Mike was married to Alicia (Stiller) Chovan in his mid-twenties, who also brought two children , Angelia and Trevor Wade to their relationship. They built a family together, and eventually added a son, Dillon.  Mike and Alicia were together for over ten years and even after their marriage ended, they remained close as friends, with a focus on being good parents to the kids.
While Mike was growing up, and very much into his adult years, he was enthralled by comic books, collectibles, board & card games, and anything sci-fi. He loved these so much that at an early age he had dreamed of being the one to provide the “place to go” and began to explore his entrepreneurial side in owning and running a game store. As a young adult, he accomplished this dream, the first time, by opening a game store in McFarland, WI named Jesters Cards & Comics.  He learned quite a bit about running a business from this venture, but Mike and Alicia chose to move back to Kenosha in order to have more family support around them when their Son Dillon was born. After some years of hard work in warehouse settings, Mike’s dream was reborn again, in a small brick building located near the lakefront of Kenosha, called Lakeside Games. Here, with the help of Alicia, his close friends Tim and Jessica Smith, and Michael Gonzales “Gonzo”, he created a space that – over the years – gathered thousands of local gamers, and sci-fi enthusiasts for a quick booster pack of cards, a tournament, the newest board games, or rare collectable cards. Mike loved Lakeside Games. The store lasted for some years, until like many small business endeavors, he had to close it. Mike had lived his dream, twice, and he was content with his time doing so.  Though his dream didn’t last a lifetime, it did have a lifelong effect on him and the lives of many others. Mike’s focus became being around those he loved and enjoying his time as a father.  He found a reliable job at Rustoleum that made it possible for him to do so,  giving him time to take trips up north, go for walks with the kids along the lakefront & downtown looking for Pokémon, and to spend time watching movies and playing various games. Time spent well with family, friends, and several co-workers  – who meant so much more than that to him, more than just “someone he worked with”.
Mike – aka: “Mikey” or “MikeSki” will always be remembered as a reliable, confident, sturdy, quick witted, romantic man, a caring son, a loving brother, an attentive Uncle, and a father with great pride. He rested his head on the 7th day of March just as the sun had set, woke once more to view his family surrounding him on the 8th, and took his final breath that morning just before the sun would rise.
“The road and the tale have been long would you not say so? The trip has been long, and the cost has been high… but no great thing was ever attained easily. A long tale, like a tall tower, must be built a stone at a time” -Stephen King-The Dark Tower #7
Mike is survived by his mother Jane Conhartowski; his aunts Ruthann Arzt, Patti Page, and Kay Paro; his Uncle Roger Paige; his brother Art (Liliana) Conhartowski; his sister Donna (Jason) Rodgers; his son Dillon Conhartowski; his stepdaughter Angelia (Matt) Gallion; his stepson Trevor Wade; his former wife Alicia Chovan; his niece’s Tiffany Conhartowski (Art), Gaby Gaytan (Art), and Sophia Rodgers (Donna); his nephew’s Hayes Rodgers (Donna) and Carlos Gaytan (Art); and his grandson Levi Gallion (Angelia).
Mike was preceded in death by his father Arthur “Mick” Conhartowski; his uncles Jim Arzt, Richard Schultz, John Talo, and Joe Traczyk; his aunts Donna Schultz, Betty Talo, MaryAlice Traczyk, and Rhea Mauer; his father in-law Richard Geissman; and his mother in-law Elizabeth Owen.
The family would like to offer their sincere gratitude to Yuri from Home Care Service for being such a gracious and loving caregiver to Mike when he needed help the most.  Also, Beth, Pat and Jessica of Hospice Alliance for all of their help and guidance.In keeping with Mike’s wishes, cremation has taken place and a celebration of his life will be held at a later date for family and friends.