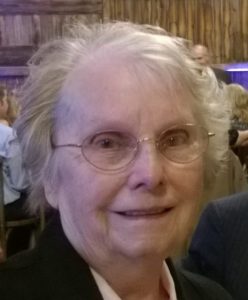 She was born on January 4th, 1933 in Kenosha to William and Caroline Gandt. Marion was a lifelong resident of Kenosha and was a graduate of Bradford High School. Soon after that she married the love of her life Edward, on October 27th, 1951 at Saint Marks Catholic Church in Kenosha WI, and they were united in marriage for 69 wonderful years. Together they raised 9 children. Marion was the boss of the house, she loved to celebrate all the holidays with her large family. Every year at Christmas she made the best cookies with her granddaughter Michelle. Marion enjoyed going to the casinos, crocheting, doing puzzles and bird watching. She loved volunteering at the schools to be near her children and was a girl scout leader, volleyball coach, lunch lady. Marion would babysit her grandchildren as often as possible and formed a special bond with Dominique and shares a birthday with Kody. Her life on earth has touched many lives, she had a purpose here.

Marion was preceded in death by her parents, William and Caroline, and brother Jerome (Butch) Sorensen.

A private family mass of Christian Burial will be held at St. Anne Catholic Church in Pleasant Prairie with burial to follow at St. George Catholic Cemetery.

The family would like to thank Arbor View Assisted Living for their compassionate care.

In lieu of flowers memorials to either Safe Harbor Humane Society or Allay Home and Hospice.