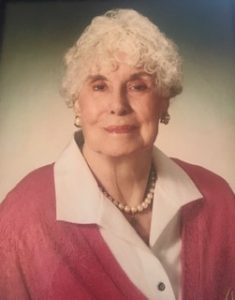 She graduated Denver East High School and attended Denver University where she was a member of Delta Phi Epsilon Sorority.

Leone was a member of Beth Israel Sinai Congregation and served as president of the Sisterhood of Temple.  She was also a volunteer at the Racine Theater Guild, as well as other community organizations. Leone was a talented and creative person who enjoyed sewing, needlework, knitting, reading and tennis.

She is further preceded in death by her dear son Marc Kaufman; sister-in-law Jean Diner; and in-laws Dr. Eugene and Elaine Kaufman.

In accordance with her wishes, a private family service was held on January 6, 2020.

Memorial contributions may be made in Leone’s memory to Beth Israel Sinai Congregation, 3009 Washington Avenue, Racine, WI 53405 or to the organization of the donor’s choice.