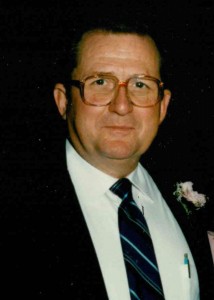 Joel Lepouce, age 83, of Pleasant Prairie passed away on Thursday, December 27, 2018 at Froedtert South St. Catherine’s with his family by his side. Joel was born on August 4, 1935 in Belgium to Victor and Jenny Lepouce. His family moved to the United States and he graduated from Marshall Senior High School in Marshall, MN and received his associate’s degree from Gateway Technical College. He served in the U.S. Army from May 1957 until his honorable discharge in December of 1962. Joel married Linda Hopkins on June 23, 1962 at Ft. Sheridan in Forest Park, IL. He was an electronic inspector for many years working at multiple military installations including, Ft. Sheridan and Camp McCoy. Joel was a lifetime member of the ARRL, the Kenosha Bowman and was an ARRL volunteer examiner. Among his many accomplishments, he earned the DXCC honor roll. He enjoyed nature, being around all animals, amateur radio and time with his family.

He was preceded in death by his parents and his brother, Jacques Lepouce.

Joel is survived by, his wife, Linda of Pleasant Prairie; two children, Victor (Barbara) Lepouce of Racine and Karen (Geffrey) Selin of Kenosha; three grandchildren, Amanda (Torry) Rufer, Sheena Selin and Mallory Lepouce as well as other family and friends.

Funeral services for Joel will be held at 12:30 P.M. on Wednesday, January 2, 2019 at Journey Church (10700 – 75th Street) with interment to follow in St. Casimir’s cemetery with military honors. A visitation will be held at the church on Wednesday from 11:30 A.M. until the time of service.