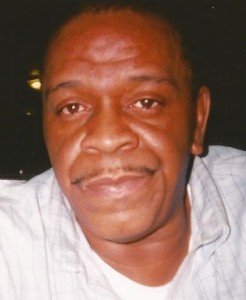 He was employed by the Kenosha Unified Schools, and by Popeye’s Chicken. For a while he owned and operated his own window cleaning business. He was a kind soul who played the bass guitar and participated in many fundraisers through the years for theShalomCenter.

Jerry is survived by his son Nathaniel Tyrell Gholston, his daughter Theresa Shelley, his brothers Curtis Shelley and Freddie Shelley and his sister Evelyn Shelley. He is further survived by his nephew Curtis Booker and his nieces Natasha and Michelle and by several grandchildren. He is survived in addition by his good friends Cinda Leach, Marcia Davis, Pam Brantley and Bob Waldron and by many other family members and friends.

A Memorial Service for Jerry will take place on Tuesday February 9th 2015 at 6:00PM at Apostolic Faith Church (1021-95th Street, Pleasant Prairie). A visitation will take place at the church from 5:30PM until the time of the service.