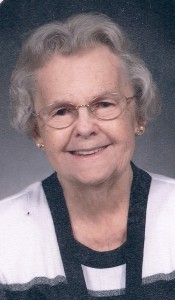 Jean was born on July 12, 1930 to the late Royden and Hattie (Reichel) Keene in Kenosha WI. Jean was educated in the schools of Kenosha and graduated from Mary D. Bradford High School. On June 11, 1949 Jean married Jack K. Thiele at St. George Church in Kenosha. She was employed as a manager of Fanny Farmer Candy, retiring in 1984. Jean was a member of St. Mark’s Christian Women’s and Kenosha Hospital Friends. She was also a St. Mark’s usher and a volunteer at Kenosha Hospital.

Jean was preceded in death by her parents and a great grandchild Brady.