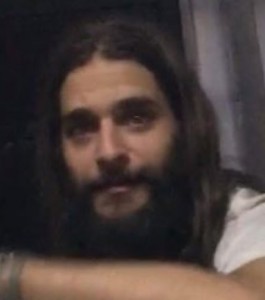 Jackie W. Hutcheson Jr. age 29 a resident of Trevor WI, died Sunday September 17, 2017 when he was struck by a vehicle while riding his bicycle.

Jackie was born on August 11, 1988 to Jackie Sr. and Delise (Jonas) in Kenosha WI. He was educated in the schools of Kenosha and Kenosha County. He was a tester for Play Station and Google. He was enrolled in job care. Jackie was a loving and caring person who was included at his church.

Jackie is survived by his parents, two brothers Christopher (Danielle) Nielsen of Indiana and Ronald Buehlman of Wind Lake WI, and three sisters Connie Hutcheson of Kenosha WI, Gina (Brian) Maddox of Trevor WI and Marieanna (Larry Coneena) Hutcheson of South Carolina. He is further survived by his maternal grandmother Marie Jonas and by many aunts, uncles and cousins.

Jackie was preceded in death by his paternal grandparents.

A memorial service for Jackie will be held at The Well Church (9001 17th Avenue) on Saturday September 30, 2017. Service will start at 3:00PM and fellowship and time to visit with the family will be held after the church service.