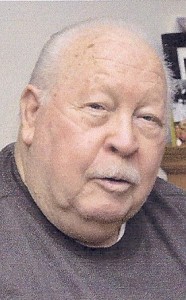 Howard L Huxhold, went to the Lordâ€™s home on Tuesday December 13, 2011. He was 86 years old. Howard was preceded in death by his wife, Dee; they were married for over 64 years. He was honorably discharged from his services in the Civilian Conservations Corps., 660th Company CCC from February-July 1942. He retired from American Motors in 1988. His former hobbies were playing cards with family and friends, bowling, darts, backyard get-togethers, and â€œbig game huntingâ€. Howard is survived by his children; Lyn Rosenbaum, Barb Whatley, Loren Huxhold and Kathleen Pias; his seven grandbabies; and 14 great grandbabies. He will be sadly missed.

Funeral services will be on Wednesday December 21, 2011 at Westlawn Memorial Park in the Chapel at 11:00AM. Visitation will take place on Wednesday at the cemetery chapel from 10:00AM until the time of services. Burial will follow.