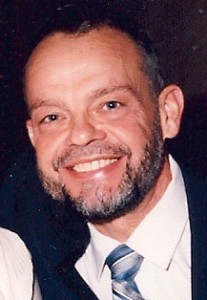 Howard “Howie” J. Hartnell, age 71 a resident of Kenosha died Wednesday May 2, 2012 at his residence.

Born on December 24th 1940 in Kenosha WI, he is the son of the late Joseph and Bertha (Holmes) Hartnell.

He was educated in the schools of Kenosha. On February 6th 1965 he married Sharon Probst at St. George Catholic Church in Kenosha. She preceded him in death in August of 2011.

He was employed at G Leblanc Corporation for over 40 years. He was a custom engraver of brass instruments. He was well known for his custom engraving and did work many well known musicians. He retired in September of 2004.

He was a member of St. Mary’s Catholic Church. He was an avid sports fan, especially the Chicago Cubs and the Green Bay Packers. He lived to hunt and fish. Family vacations were often up north hunting and fishing with his two boys. He would look forward to his yearly hunting trips with his friends. After his retirement, he followed city government and current events.

He loved his two grandchildren very much and was very proud of them.

He was preceded in death by his parents and his wife.

A Mass of Christian Burial will be celebrated on Saturday May 5th 2012 at 11:00AM at St. Mary Catholic Church in Kenosha. (Corner of 73rd Street and 39th Avenue) Visitation with the family will be on Saturday at the church from 9:30AM until the time of mass. Burial will take place at a later date.

In lieu of flowers, memorials would be appreciated to Relay for Life. (American Cancer Society)

On behalf of Howie, the family would like to extend their thanks to the staff of Oncology Alliance, with special mention of Jamie Cairo for their kind compassionate care.