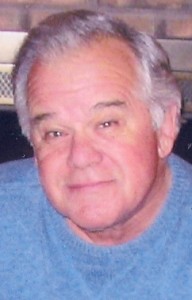 He was a graduate of Central High School.He served in the US Navy as a Captain’s Yeoman. Hank was a life long self-employed salesman who was honored many times during his career. He was an avid fisherman, was a frequent participant in the Cohorama fishing derby and loved boating on Lake Michigan. Hank was quite the story teller and had a quick wit. He was a Cub master when his sons were active in scouting. He loved to travel with his wife and enjoyed vacations to FL. He also loved spending time with his grandchildren.

Hank was preceded in death by his parents and one brother Donald Daniels.

Funeral services will be held on Tuesday February 28, 2012 at Lord of Life Lutheran Church (5601 Washington Rd) at 6:00 PM. Visitation with the family will be held at the church on Tuesday from 4:00 PM until the time of services. In lieu of flowers memorials to the family would be appreciated.